Get fresh music recommendations delivered to your inbox every Friday.
We've updated our Terms of Use. You can review the changes here.

by Between The Zones 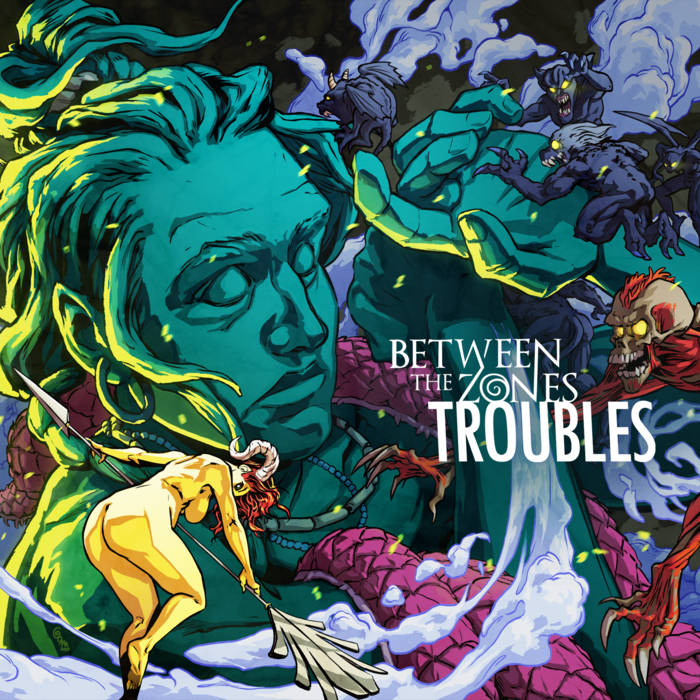 Délivrances is proud to support the release of the second album by alternative metal band Between The Zones: "Troubles"!

This record is the outcome of 2 years and a half of struggling with life, boundaries, influences, track mixing, and the need for the project to survive artistically with all band members living in different places.
Just like its cover suggests, "Troubles" is a saturated mixture of moods, driven by rythmics reminiscent of Godflesh' machine side, and pushes the singularity of the BTZ sound, with experimental and progressive touches evoking Devin Townsend, but also cold wave and shoegaze shades à la Curve.
Written, recorded and produced in several places in France by the group itself, with determitation and humbleness, "Troubles" voluntarily sets itself aside from over-validated 'efficiency gimmicks' by established rock/metal bands, to deliver a unique sensitivity, no matter the cost. If you have time and are curious ... Dive into troubles!

All music by Between The Zones

Bandcamp Daily  your guide to the world of Bandcamp

Frayle's Gwyn Strang and Sean Bilovecky join the show to talk about their cathartic new album.